​Jacobson began painting at the age of 55years and after several short courses began to paint in acrylics and use her imagination to record memories of her upbringing in Zimbabwe (Rhodesia).  Many of these memories included her young days on a tobacco farm which was situated in the north-east of the country. These memories and ultimately the painting formed as a result of intense homesickness after Jacobson immigrated to Norfolk, UK, where she now lives.  Some paintings, in particular, "Birds of Paradise" and "Damilola's Mona Lisa" were in response to newspaper reports (in UK) reporting the untimely and abusive deaths in London of 2 African children - Victoria Climbe and Damilola Taylor.
"I never understood why I sometimes painted some of my family memories as black people but after some in-depth reflection I am now sure that it was the intense homesickness and a life (up until the age of 42) in Africa.  Africa will always be my comfortable place and deep in my psyche it will remain my spiritual home" says Jacobson.

PLEASE CLICK ONTO THE IMAGE TO ENLARGE TO FULL IMAGE
​ 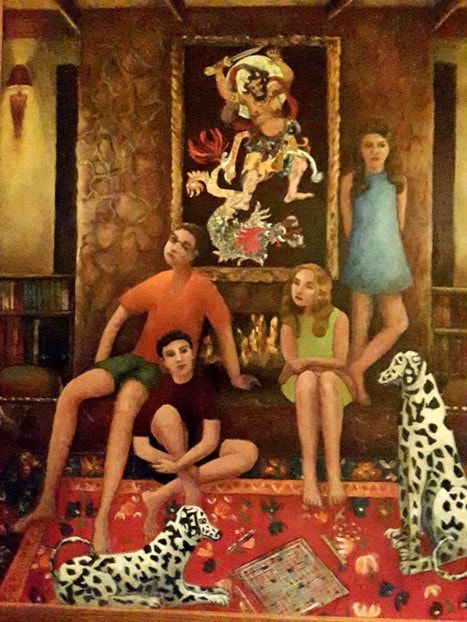 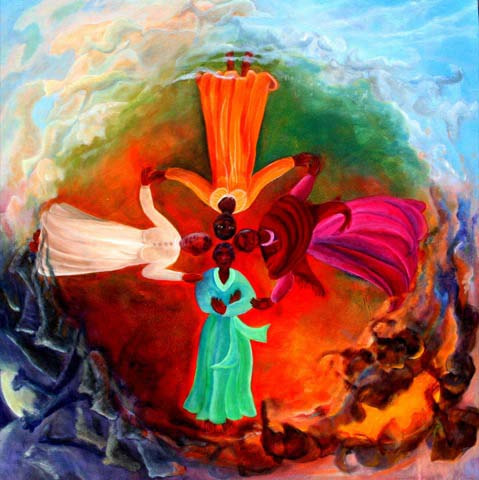 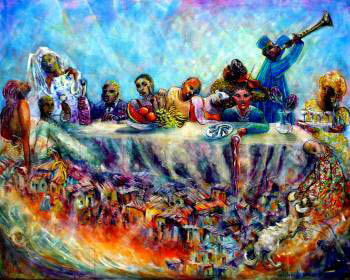 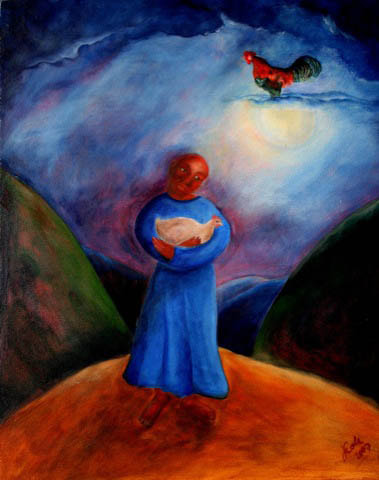 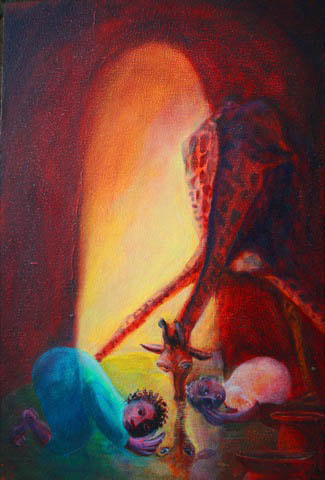 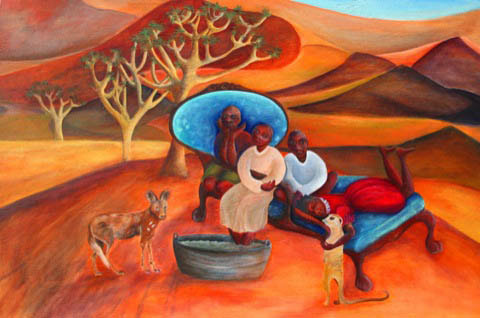 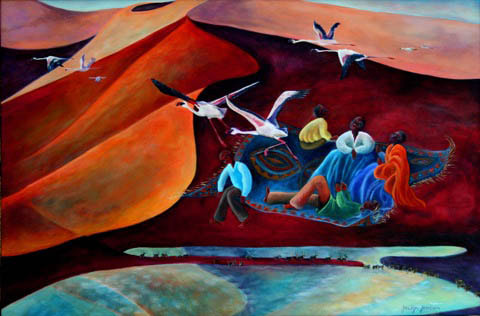 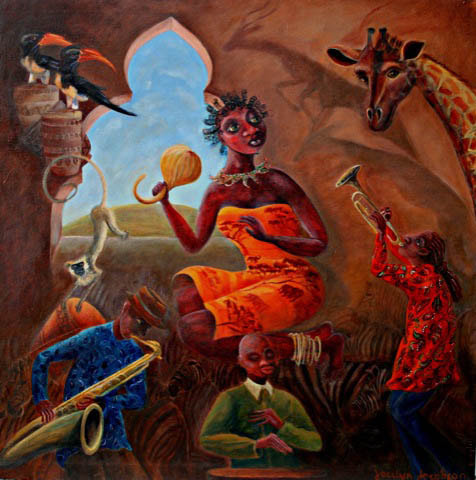 WORK BELOW HAS BEEN SOLD 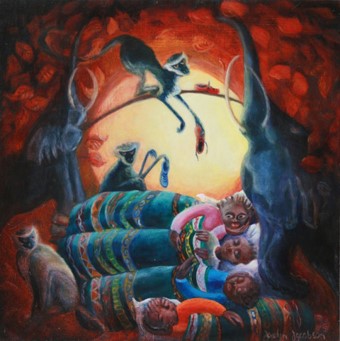 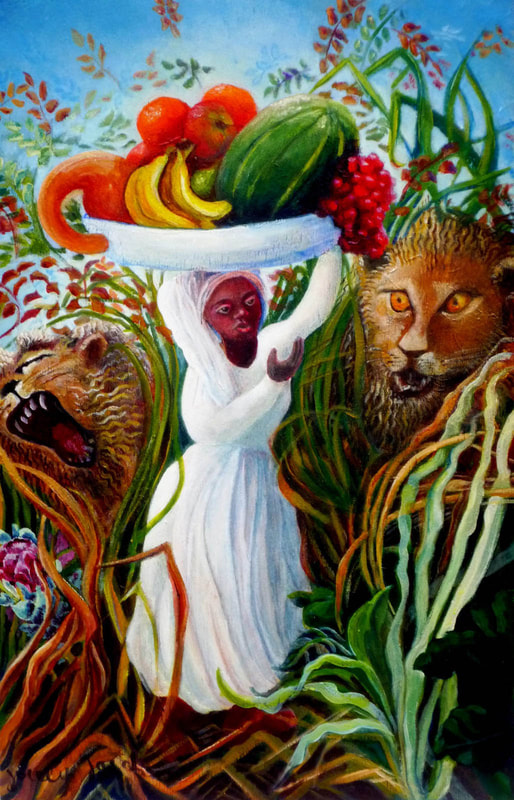 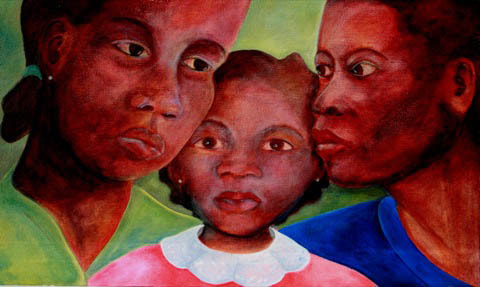 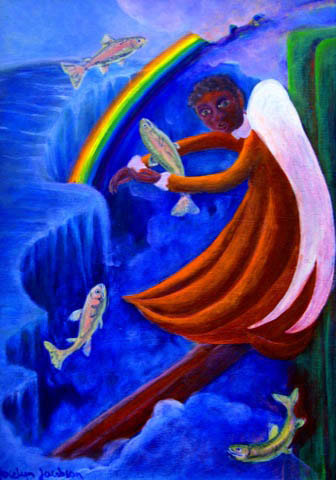 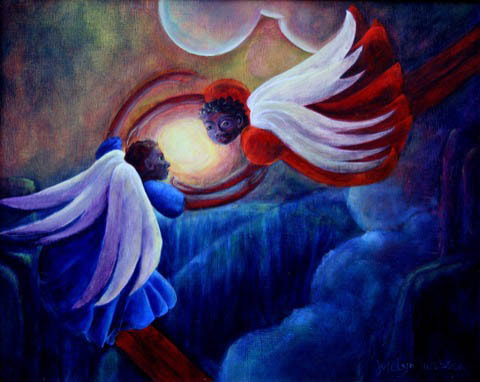 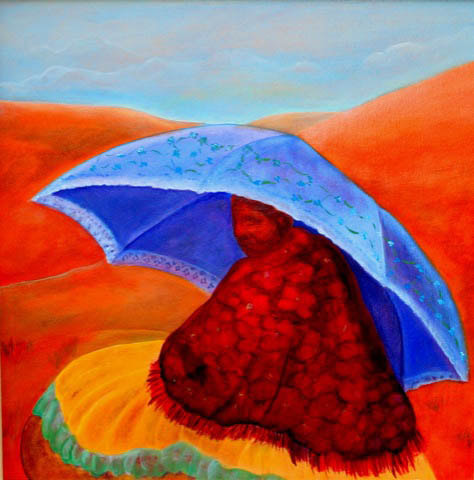